Due to COVID-19, we are providing FREE consultations via PHONE or VIDEO conferencing for your safety and convenience. Please don't hesitate to call us if you have any questions! 877.800.1007
Maritime Injury & Wrongful Death Attorneys
REQUEST A FREE CONSULTATION 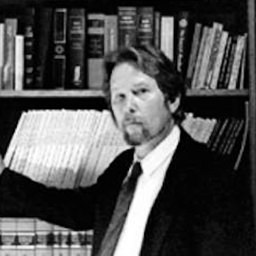 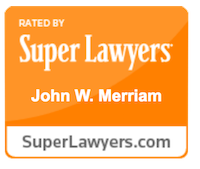 John Merriam worked his way through college and law school by serving as an unlicensed seaman in the U.S. merchant marine over the course of 12 years. He worked aboard 17 freighters and tankers in all departments—deck, engine and steward—in 12 different job classifications. John’s law school tuition was paid with a scholarship from the Seafarers International Union.

Before and during the time he was shipping out and going to school, John had 19 other full-time jobs in eight states ranging from carpenter to cab driver, from roustabout in the oil fields of New Mexico to factory hand on a production line. John was a downhill ski instructor on weekends, during most winters for 20 years.

John passed the bar in 1982 and joined a small firm—first as associate and then as partner, over the course of 13 years. The firm was a general practice handling a all manner of cases, with an emphasis on maritime personal injury.

In 1996 John started his own firm, with practice restricted to the representation of maritime claimants for wages and injury. Shortly thereafter he started working together on maritime cases with another sole practitioner, Gordon Webb. John and Gordon continue to work on cases together to this day.

American Association for Justice
Member Since: 1990 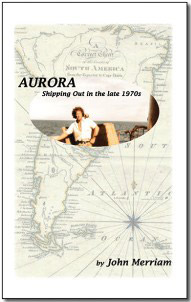 Aurora (Trafford Publishing 2008): A sea story based on the author’s experience in the merchant marine.

First Ship (University Book Store Press 2013): A sea story based on the author’s experience in the merchant marine.

Shipping Out on Fresh Water (University Book Store Press 2013): A sea story based on the author’s experience in the merchant marine.

The Last Voyage of the S.S. Producer (University Book Store Press 2013): A sea story based on the author’s experience in the merchant marine.

Busted (Why I Became a Lawyer) (University Book Store Press 2013): A sea story based on the author’s experience in the merchant marine.

Getting Stoned (in the Biblical sense) (University Book Store Press 2013): A sea story based on the author’s experience in the merchant marine.

Designated as a Super Lawyer every year since 2011

Contact Us
Practice Areas
Client Reviews
★★★★★
John has helped me get my pay. He REALLY went up to bat for me, I can't recommend him highly enough. Jamie
★★★★★
There are very few people I trust in this world but John Merriam is at the top of my list he not only is a man of outstanding character and morals as well as honest but he truly cares about his clients well being and situation… Matthew
★★★★★
I lost most of my vision from an accident at sea. Gordon handled my case with motivation and haste that I could imagine would have been the way he would have handled it if it had been him who was injured. I was ver impressed by how much he cared and especially his work ethic. Andrew
★★★★★
Gordon helped me and family get through a very hard time. I was severely injured, and Gordon was able to settle my case for more than i was hoping for. If anything else happens he will be the first person I call. Kerrey
★★★★★
I very much appreciated the sense of urgency that Gordon Webb demonstrated as he handled my case. Emails and phone calls were returned almost instantly, questions were answered and solutions were offered. Gordon's firm came highly recommended and I am very pleased that I made the right choice to hire him. Maureen
VIEW MORE
Submit a Law Firm Client Review